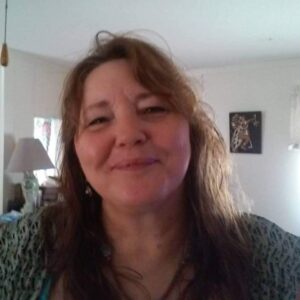 Marsha Ann (Wilson) Najera was born on October 19, 1960 at Forbes Air Force Base in Topeka, Kansas to Louis and Janice Wilson. Marsha passed away on Tuesday, February 1, 2022 in North Little Rock with family by her side.

Marsha was preceded in death by her late husband, Armando Najera, her father, Louis Wilson Sr. and mother, Janice (Ledeboer) Wilson, and numerous other family members.

Over her years, she lived in Colorado, Montana and New Mexico before settling into Arkansas. She was a woman of many skills and while married to her late husband, she enjoyed staying busy running their restaurant in Tularosa, New Mexico.

Marsha was an amazing woman, who was loved by all and never met a stranger. She enjoyed having a good laugh and had such a warm and caring heart. She loved her friends and family; and they loved her.