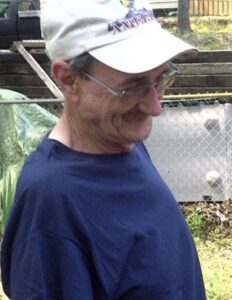 Michael (Mike) Lovell, 70, of Benton Arkansas, rode off towards the sunset on January 25, 2022. Mike spent his childhood days in Benton, before spending a lifetime loving and living throughout central Arkansas. Mike graduated from Benton High School in 1969 and never forgot his roots, nor Arkansas sports that he was such a fan of. Much like the westerns heard during a visit, Mike saw opportunity in each day. And as John Wayne advised “talk low, talk slow, and don’t say too much” was a motto he abided by.

Through country lyrics and western movies, he showed his family love, and strength in self. As Dolly Parton stated “storms make trees take deeper roots”. Mike knew although life has its tests, strength sees you through. And if people stood in the way, he followed Patsy Cline’s wise words “here’s to those who wish us well, and those who don’t can go to hell”. Mike was a man not easily forgotten, but often of few words, and at least one epic story. Always ready with advice or a sympathetic grin, Mike will be forever missed by family, friends, and community. In the end, he did as John Wayne advised “courage is being scared to death…and saddling up anyway”.

Mike is preceded in death by his father, Bill (Shovel) Lovell and mother, Billie Jean Alley.

Memorial service will take place in the warm spring months when Mike’s ashes may return to the natural state he loved.