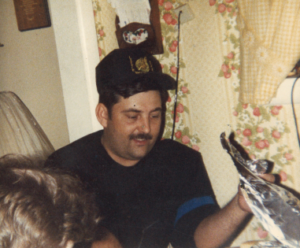 Rickey Alan Cook, 66, of Jacksonville, went to be with the Lord Wednesday, February 23, 2022. He was born April 1, 1955 in Jonesboro, Arkansas to Jackie and Dorothy Cook.

He is preceded in death by his father Jackie Charles Cook; mother Dorothy Jeanette Cook; and his sister Debra Glaze.

Rickey served in the United States Army for 16 years. He worked for Remington Arms for 18 years. He loved to play golf, and go fishing. He loved watching football, and everyone who knew him knew not to interrupt him when he was watching sports. He enjoyed listening to music, especially the Eagles. He enjoyed working outdoors and landscaping.

A memorial service will be held at 2pm Friday, March 4, 2022 at A Natural State Funeral Service.