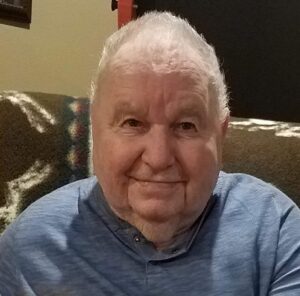 Bobby grew up in the Marche/Crystal Hill areas of North Little Rock. He went to school at Oak Grove & eventually took a job driving the school bus. He was drafted into the Army & was sent to Germany where he served as an auto mechanic from 1957-1958. After returning home he served in the Army reserve until he received his honorable discharge. He owned & operated his own trash service in the Little Rock area until he retired in 1995. He was a devoted Christian who read his Bible daily. He also enjoyed being outside working in his yard. In his later years he enjoyed working word search puzzles & playing checkers with his great grandkids.

He is survived by one son, Robert E. Gubanski Jr of Clarksville, AR & two daughters, Karen Nichols & Cheryl Gubanski both of Conway. As well as 11 grandchildren & 21 great grandchildren. He was married for many years to Mary Langrell of North Little Rock. They have remained very close friends.

Visitation will be Saturday February 19, 2022 at 10:00 AM with a funeral services to follow at 11:00 AM and will be at A Natural State Funeral Home in Jacksonville officiated by Wesley Howell. Graveside service will follow at New Liberty Cemetery in Conway.

To view a tribute slide show of Bobby, please click the link below.