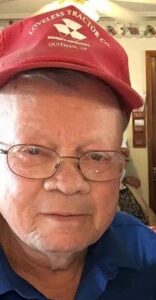 He is preceded in death by his parents Robert and Lilie Reaves; son Alvin Reaves Jr; eight brothers; six sisters; and one grandson Jonathan.

Alvin attended Morris Chapel Missionary Baptist Church. He was an avid gardener, hunter, and fisherman. He loved helping everyone.

A visitation will be held at Center Point Missionary Baptist Church on Center Point Road in Hazen, AR at 10am Saturday, March 19, 2022. A funeral service will follow at 11am. He will be laid to rest at Center Point Cemetery.

The family requests everyone in attendance to please wear a mask during the visitation and the service.

To view a tribute slideshow of Alvin, please follow the link provided below.