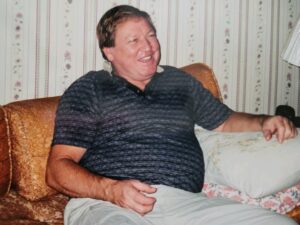 Billy Joe “Lefty” Webb age 72, of Hot Springs, Arkansas, passed away at home on Sunday, March 6, 2022 surrounded by family and his dear friend, Amanda Rawls. He was born July 11, 1949 in Lake City, Arkansas to the late Richard Webb and Gladys Lewis-Webb.

“Lefty: was a Glaizer by trade and loved his time making glass.  He was also an amazing wood worker and could make anything. He grew up in Lake City and loved his childhood on the St. Francis River, swimming, fishing and camping. He proudly served in the US Navy and was known to always be a straight shooter with a funny sense of humor and a great attitude. When he wasn’t swimming or on the river he was also known to be a good pool player and enjoyed making cue sticks.

He is preceded in death by his parents, a sister Barbara Dix and a sister in-law Debbie Webb.

“Lefty” is survived by a brother; Tom Webb, two sisters; Judy Delong and Mary Minjares and her husband Victor whom he considered his brother, a God child Juan Pablo Villalobos and many friends from all over the World.

Per “Lefty’s” request all services will be private.