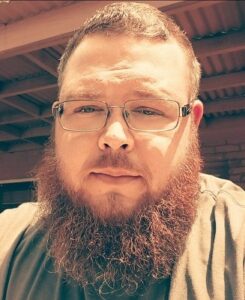 Cory William Swartz, 32, of Austin, Arkansas passed away on Sunday, March 20, 2022. He was born in Little Rock, Arkansas on November 20, 1989 to Nikki Fitz-Randolph Berlage and the late Alan William Swartz.

Cory loved helping people and helping with fundraising for local people in need. He enjoyed riding his Harley and working on his motorcycle. His dream was to one day open his own motorcycle shop. He was a member of the Bones MC and a former member of the Austin Fire Department. Cory loved spending time with his family and friends, and he will be deeply missed by everyone who knew him.