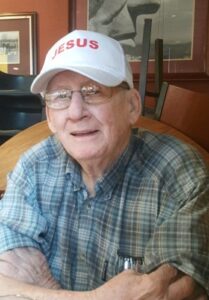 David is preceded in death by his sons Brian King and Timothy King; one sister; and one brother.