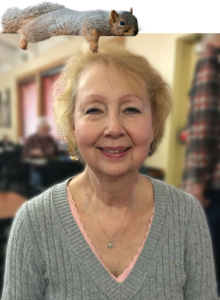 Doris Jean Pearrow, 78, of North Little Rock passed away Monday, February 28, 2022. She was born in Little Rock, Arkansas to the late Charles and Jeanette Pearrow. Doris was preceded in death by her parents and her brother, Charlie Pearrow.

In 1974, she was awarded a National Defense Service Medal for her time in the Army. She worked at Timex assembling watches, as a housekeeper for several families, and finally a homemaker.

Doris was a sweet, kind, and caring person until it came to squirrels. Seriously, she had a vendetta! You would be surprised to learn that she was the squirrel-minator. There’s no telling how many squirrels had to say I Surrender All…now they can just go berserk.

She was always laughing at something and you just couldn’t help but to laugh right along with her.  Her laugh is one that you won’t soon forget.