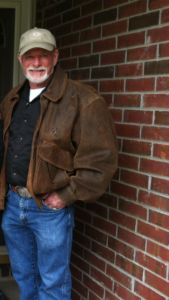 Michael was a Vietnam Veteran who served his country in the Navy from 1969 to 1972. After leaving the military he spent his life doing carpentry work.

Michael was a simple man and enjoyed the simple things in life. He loved being out on the farm and sitting on his front porch watching his cows graze and his dogs and cat play. He loved just enjoying the sound and scenery of mother nature.

Michael loved his family and always wore a smile despite how he was feeling or what he may have been going through in life. He would give you the shirt off his back. When asked how he was doing it was always ” oh okay”. He never wanted anyone to worry about him. We love him and he will be missed dearly, but we also know that he is no longer in any pain or suffering.

He is preceded in death by his parents Harold Dean Sadler and Fleeta Miller and brother Randy Sadler.