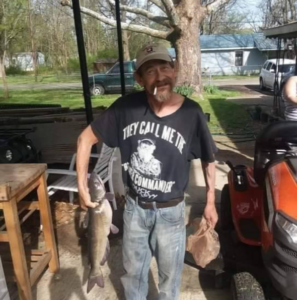 He loved to hunt, fish, and trap, and just enjoyed the outdoors and spending time with his family.