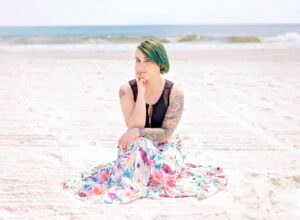 Megan was an active biology student studying to finish her Bachelor’s Degree at UCA and had plans to pursue her dream of working to help with conservation effort to save the Orangutans in Malaysia. She worked as a photographer and as a radiology technician. Megan was a proud member of several Jeep clubs. She loved driving her jeep and riding her motorcycle. She was a loving great friend to everyone she met.

A family hosted Celebration of Life Service will be held at a later date.

In lieu of flowers, the family has requested that you please make donations to the UCA Biology Department. Donations can be made to UCA.edu/giving.