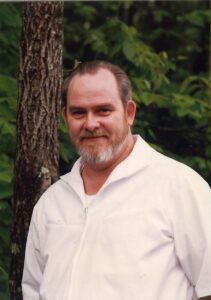 Orville was a graduate of Dollarway High School in 1971. He served in the U. S. Army from 1971 to 1974, with two of those years served in Germany. He received his honorable discharge August 1974. He moved to Camden in the 80’s to work for General Dynamic, until the plant closed. He then became a nurse in 1994 and worked as a nurse until retiring.

Orville married Betty Wilson Owings in 1987. She preceded him in death in 2003. He was also preceded in death by both parents and his brother-in-law Paul R. Lindsey.

Orville had put his faith in the Lord Jesus Christ years ago. He enjoyed a good sermon and would tell anyone they better know Jesus.

Orville is survived by his son Adam Owings of Jacksonville, sister Carolyn Scott Lindsey of White Hall, brother Clifton Scott (Georgeanne) of Camden and many nieces and nephews.

Visitation will be Saturday, March 26, 2022, 1:00-2:00pm at A Natural State Funeral Service, 2620 West Main Street, Jacksonville, Arkansas. Followed by a Graveside service at Pinecrest Cemetery in Alexander, AR at 3pm.