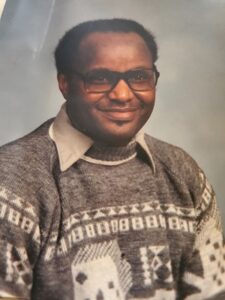 Thursmo was preceded in death by his father Willie Jarmon; his mother Pennsylvania Jarmon; his brother, Noble Jarmon; and his two sisters, Alberta Wallace and Gertrude Berry.

He is survived by his wife Jewell Jarmon; his children Yolonda Sanders, Tonya Jarmon, and Courtney Jarmon; his grandchildren DiVante Jarmon, KiWane Jarmon, Alexis Jarmon, and Lloyd Holland, Jr; his great granddaughter Lily Jarmon; and a host of extended family and friends.

Thursmo gave his life to the Lord on December 3, 1981 in Milwaukee, WI. He later become a member of the Highway 79 South Church of Christ here in Pine Bluff. He was very passionate about his love for the Lord, his family, and his church family. He enjoyed fishing, traveling, cooking, and eating. He loved playing games and spending time  with his family and close friends. He will be sorely missed by all that knew him.