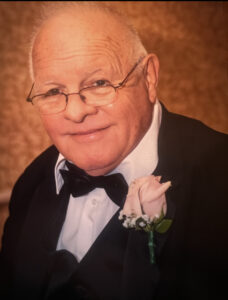 Tommy Edwin Thompson was born January 12, 1951 and died on March 1. 2022 in Littler Rock, AR. He was preceded in death by hos parents Edwin O. and Florine Turner Thompson and a twin brother Donny Thompson. Tommy graduated from Northside High School in Ft. Smith in 1969, University of Arkansas in Ft. Smith in 1971, and University of Arkansas School of Pharmacy in 1974.

Tommy owned and operated his own pharmacy, The Medicine Shoppe in North Little Rock until his retirement. He was a Christian and a Methodist. Tommy was an avid sports fan who played little league baseball as a child and was a devoted fan of Razorback Football and Baseball. He was an animal and nature lover and had a generous heart. He was a kind and compassionate man who helped many who were less fortunate.

Tommy dearly loved his wife Paula S. Thompson and their children Jeffrey Johnson (Tia), Jennifer Hall (David), and six grandchildren. He is also survived by his cousins Danny Thompson (Jana), and Larry Turner (Marianka), and several nieces and nephews. Tommy was loved by all who knew him and will be missed by family and friends.

Memorials may be made to St. Jude’s Children’s Research Hospital, Memphis, Tennessee.