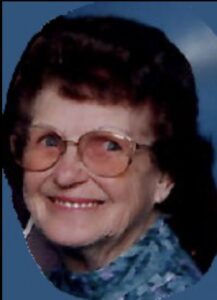 She was born near Casper, Wyoming to Alpha and Laura Belle (Spoonemore) Severn on March 1, 1924, the sixth of ten children. She was the daughter of an auto-mechanic and a homemaker and was was raised in the small towns of Lenox and Sharpsburg, in southern Iowa.

She was married to Everette Rolland Heston in August 1939 and they were together for 24 years. During World War II, she worked at the Little Rock Arkansas Ordnance Plant while her husband served in the army. For several months he was in a hospital in England, after being wounded in France. When the couple returned to Iowa they farmed and later, added a tire and used car business. They had three children; Faye Jean, Franklin Eugene and Everett Rolland Jr.

Wilma was married to Russell Ardell Jackson, a 30-year naval veteran, for 28 years. She was a watch inspector at Timex Corporation in Little Rock, Arkansas. When her husband retired from Pine Bluff Arsenal in Arkansas after 10 years, they traveled by RV to various events and visited out-of-state relatives.

Wilma also resided in Missouri, Texas and California, working in factory, clerical and waitress positions. For 17 years she was in real estate, buying and selling properties.

Wilma gifted her family and friends with clothes she sewed, doilies and tablecloths she crocheted, afghans she knitted and dishtowels she embroidered. She gave financial and other kinds of assistance to those in need. She enjoyed playing Chinese checkers, cards, dominoes and dancing.

Wilma moved from Gravette, Arkansas to Clinton, Arkansas in April 2019, becoming a devoted member of the Immanuel Baptist Church, where Pastor Mark and Linda Litaker and the congregation were so good to her. She liked all the people there and she loved Linda Litaker like a daughter and a sister.

She was preceded in death by eight siblings, two sons (Franklin at age 35 and Everett Jr at 3 days), both husbands and two grandsons (Bruce at 3 years and Jeffrey at 13 years). Many of her dear and close friends are also gone.

She is survived by her daughter and numerous near and extended family, as well as her beloved poodle, Tammy.

A Family hosted memorial service will be at Wilma’s Church at a later date. Cremation arrangements are under the trusted direction of  A Natural State Funeral Service, 2620 West Main Street, Jacksonville, Arkansas, 72076. 501-982-3400.