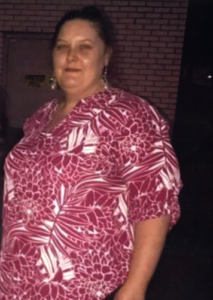 Amanda Marie Vega, 42, of Little Rock, Arkansas passed away on Sunday, April 10, 2022.  She was born in Pine Bluff, Arkansas on May 12, 1979 to the late William Matthew Stevens and Mary Marie Stevens.

Amanda is preceded in death by her parents William and Mary Stevens.

Amanda was a strong-willed woman that was very outspoken and direct. She brought much laughter and entertainment to any party and to the people that were blessed to be her friend or family.  She brought many people together and created many happy memories.  She really enjoyed cooking and throwing fun parties for others and always filled the room with laughter and energy.

She was also a loving and compassionate mother to her four daughters and her three honorary daughters that she loved and cared for as if they were her own.  She even gave a lot of her personal time and energy to fostering.

We are all given the gift of life and we all give it back, eventually.  Fortunately, the time that she had here, she used it to make the world around her a better place.  She was a kindhearted woman who will be missed dearly by everyone that knew her.

Visitation will be held on Monday, April 18, 2022 at 10:00 am at A Natural State Funeral Service; 2620 West Main Street, Jacksonville, Arkansas, 72076.  Graveside service will follow at 12:30 pm at Redfield Cemetery in Jefferson County, Arkansas.

Arrangements have been entrusted to A Natural State Funeral Service. 501-982-3400.