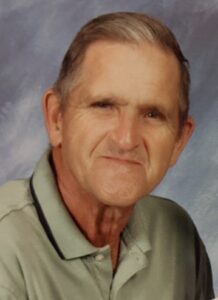 Charles Frances (Chuck) Boylan passed away April 16, 2022 surrounded by those who loved him dearly. He was born May 16, 1939 in Canastota, NY then spent most of his adult life in Lake Charles, LA.  Charles joined the United States Air Force at the age of 19 where he learned mechanics. After the military, Charles moved to southwest Louisiana and continued working as an aircraft mechanic. There he raised 6 children whom he taught his life and skills to. Charles moved to Iowa, LA to manage the Iowa VF Factory Outlet Mall where he became an avid member of the Iowa Garden Club and a member/custodian for the First United Methodist Church in Iowa. Charles was a man who appreciated the small things in life, gardening in his yard, ice cream, old westerns, and a good recliner. He lived a simple life, but to those that knew and loved him, he left behind a legacy.

Great grandchildren: Tera, Asher Aymond; Savannah, Noelle, Mariella Murray; Liam Segura, and many more children who came to call him grandpa throughout the years and even more who called him friend.

He leaves us all with one very important lesson, to live in the moments of today, no matter how silent or small, so they may turn into a lifetime of memories tomorrow.