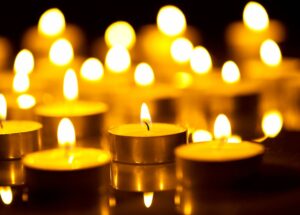 James Junior McIntire, 76, of Searcy, Arkansas passed away on April 8th, 2022. He was the pastor of the members of Deliverance Tabernacle in Ward, Arkansas. He was born in Griffithville, Arkansas on January 31st, 1946 to the late James W. McIntire and Essie Marie McIntire.

He is preceded in death by his parents, his son James Darren McIntire, and his great granddaughter Evelyn.

He is survived by his loving wife Barbara McIntire, his daughter Tammy Monahan, his grandchildren, Laura, Dalton, Savannah, and his great grandchildren Ethan and Kensie. James enjoyed his coworkers and customers at Thackerland and his friends and coworkers in 798 Pipeline. He will be missed by all that knew him.