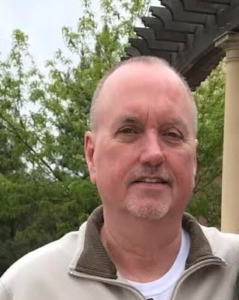 Michael “Mick” Wayne McCormack died of natural causes on April 2, 2022 at Baptist Hospital, Little Rock, Arkansas. He was 65 years old. He was born on December 29, 1956 at Salina, Kansas. He graduated from Hope High School, and then served four years in the U.S. Navy. He went on to graduate from Southern State College, Magnolia, and received an MBA from University of Mississippi at Oxford. He then worked in the business community of Little Rock, AR. Most of his adult life he was the owner and operator of his own business, working a full day just two days before he died. He dedicated all his love and time to his three daughters, and he is survived by them: Alexa Claire, Isabella Blaire, and Sophia Greer, all of Little Rock, AR. He was predeceased in death by his parents, Paul W. and Imogene D. McCormack of Hope, AR, and by his brother, Robert A. McCormack of North Little Rock, AR. He is survived by his sister Iantha Morris of Pensacola, FL; Paul McCormack, Jr. of Little Rock, AR; Richard McCormack of Houston, TX; and Cynthia Crews Peters of Phoenix, AZ.