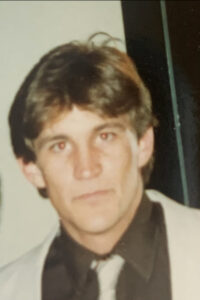 Warren Bradley Prince, age 61, of Jacksonville, went to be with his Lord and Savior on Friday, April 8, 2022.  He was born September 27, 1960 son of the late Freddie Eugene Prince and Mildred Rhodes Prince.

Brad spent 30 plus years as a proud union Ironworker. He worked in Texas, Florida, New York and Ohio. He was especially fond of his time with Ironworkers Local 55 in Toledo Ohio.  He took pride in his work and loved climbing high up on the skyscrapers and bridges connecting metal beams and often talked about all the different structurers he helped build over the years. He and his fellow ironworkers shared a special brotherhood life long bond, but none other than the bond he shared with friend and Ironworker Weasel Brown.

Brad was fiercely loyal to his friends and family and will also be remembered by many friends including Gary Dickson, Freddie McDougal and Gale Reamey.