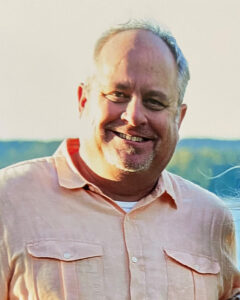 Craig Melton Phillips, aged 59, passed away on Monday, May 16, 2022, in Hot Springs, Arkansas. Born August 6, 1962, to Elizabeth Melton Phillips and John Duffie Phillips at Itazuke Air Base in Itazuke, Japan.

Craig was a graduate of the University of Arkansas and a member of the Gamma Upsilon chapter of the Sigma Nu fraternity. Craig later moved to Dallas, Texas, where he began designing and constructing residential and commercial pools before returning to Arkansas to start his own pool business, Rio Pools. Craig was an avid below average golfer, a fantastic cook, a consumer of the largest of sandwiches, and the best of loungers. Craig’s laugh, his dry humor, and his ability to brighten the darkest of rooms will be missed.