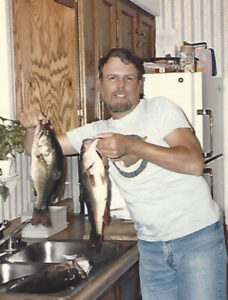 Joseph “Joe” Lester Sexton age 75, of Perryville, Arkansas, passed away Saturday April 30, 2022.  He is preceded in death by his parents, Everett O. and Jewell Fay Sexton Sr, and his brother Everett O. Sexton Jr.  He is survived by his sisters, Diedra Corder of Perryville, AR, Teri Sexton-Garrett of Hot Springs Village and his daughter Brandi Anderson of Sherwood.  He is also survived by his two grandsons, Nathan Anderson of Paragould, and Connor Anderson of Sherwood as well as a multitude of family members and friends.

Joe was born in 1946 in California but considered Arkansas his home.  He proudly served in the U.S. Army and was an avid outdoorsman.  Joe enjoyed fishing and would frequently participate in tournaments across the country.  He enjoyed cars and motorcycles and traveled widely.

There will not be a memorial service as Joe chose to have his remains spread across his favorite fishing hole.  In lieu of flowers, the family asks that any donations be made to a Veterans organization of your choosing.