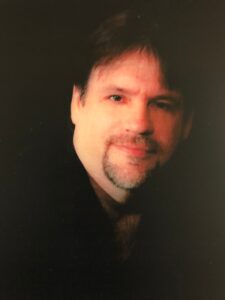 Russell Coy Moss, 54, of Cabot, Arkansas went to be with the Lord on Sunday, May 29, 2022. He was born in Jacksonville, Arkansas on October 4, 1967 to Hurley Larsh Moss JR and Virginia Aleen Jarry.

Memorials can be made to Northwestern Memorial Foundation because this is the only facility that had an “upright” radiation chair, which Russell needed for treatment. This successful treatment gave the family another four years with him. Their website is www.foundation.nm.org/tributes-memorial.

Memorials can also be made to First Baptist Church Benevolence Fund and/or General Fund. Their generosity provided a large portion of the funds needed to obtain that treatment. P.O Box 67, Beebe, Arkansas, 72012.