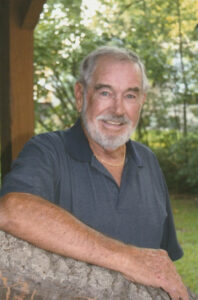 On Friday, June 3, 2022, Buck Ellis, loving husband and father of four children, passed away at the age of 91 in Cabot, Arkansas.

Buck was born on May 31, 1931, in Collins, Mississippi, the second of seven children, to James and Edna Ellis.  Buck grew up in Collins and served his country in the Korean War as part of the U.S. Army’s 5th Regimental Combat Team.  After the war, Buck married Helen Dyer from Lakeland, Florida, on December 22, 1956.  They raised two sons, James and Jerrell, and two daughters, Theresa and Judy.

Buck was a people person, treasuring his relationships with family and friends.  He was a successful entrepreneur, having owned and operated Ellis Contracting Company, Inc. and Ellis & Sons Welding Company for more than 35 years in Collins.  In later years, Buck and Helen moved to Cabot, where they joined Mt. Carmel Baptist Church.  Buck was an avid outdoorsman and loved to be on or near the water, whether river, bayou or pond.  Buck saw the beauty of God’s creation in nature and sunsets.  He was happiest sitting in the sun next to the bayou cooking out with friends and family.

A graveside service will be held at 4 p.m. on Friday, June 17, at the McDonald Chapel Cemetery on McDonald Cemetery Road in Collins.  In the days leading up to the service, flowers can be sent to the Wade Funeral Home in Collins, MS.