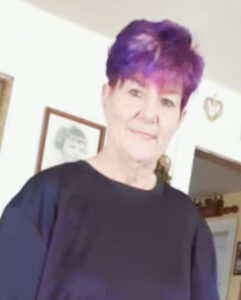 Debra Denise Morrison, age 64, of Waldron passed away on June 18, 2022 in Waldron, Arkansas.  She was born on October 19, 1957 to Jimmy Carlton Chambers and Jorene Parker Chambers.

She enjoyed worshipping with many of the churches around the Waldron area.. She was a loving friend to everyone she met.

She is preceded in death by her parents; her sisters Barbara Janise Smith, Sharon Kay Clinton, and her brother Charles Aaron Chambers.