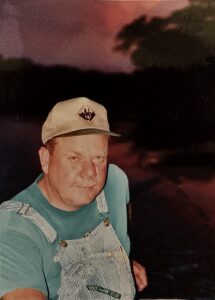 He is preceded in death by his Father, Mother and Step-Father.

He is survived by his two sons, Casey Southern and Aaron Southern, both of Faulkner County, Arkansas; four grandchildren, Caleb, Mabrey, Ava, and Shelby; and his sister, Peggy Ross of Fort Smith, Arkansas. He had numerous other family and friends that he loved dearly.

Sid was a Master Carpenter throughout his life. While raising his sons, he was an avid bass fisherman and enjoyed taking them camping, fishing, and swimming. In recent years, he enjoyed wood working, exercising his 2nd Amendment Rights, and spending time with his grandchildren. He also had a grand time driving his Fiat 500 Abarth sports car, which he considered “really fast”.

A Family hosted Celebration of Life will be held on Sunday, June 26th, 2022. Those who wish to attend may contact Casey Southern at 1-501-849-4464 for additional details.