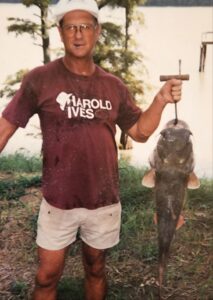 Robert Charles Mooney, age 76, of Ward, Arkansas passed away Sunday, June 19, 2022. He was born in Helena, Arkansas to the late Jesse D and Annie Mooney.

He is preceded in death by his parents Jesse D and Annie Mooney; his sister Shirley; and his brothers Wayne, Waylon, and Jesse Jr.

Everyone called him Pops. Pops loved helping anyone in need. He enjoyed fishing, drinking, partying, and making trouble.

The family of Pops asks that you buy a drink for a friend in need and tell them it’s from Pops.