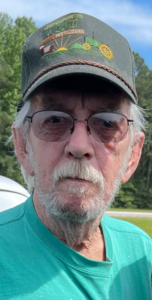 Jerry Lynn Mills, 80, of Malvern passed away on July 22, 2022.  He was born in Saline County to the late Arvin and Eunice Carradine Mills.

Jerry was a retired heavy equipment operator. He enjoyed sprint car racing, wagon rides with his mules, being with friends, and was a longtime member of the Moose Lodge.

He was preceded in death by his parents, his daughter Jodi Carter, sister Elaine Arrowood, brothers, Glenn, Arvin Jr, George, and Wesley.

A private graveside service will be held at a later date. Final resting place will be at Mt Harmony Cemetery in Haskell.