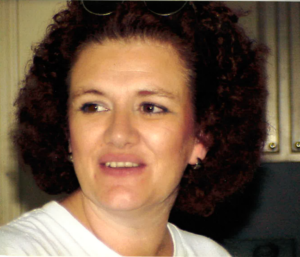 Paulette “Polly” Ruth Elliott, 59, of Sherwood, Arkansas went to be with the Lord on Saturday, July 16, 2022. She was born in Superior, Arizona on November 25, 1962 to the late Paul Rosser Duboise and Zora Lavaun Dean Jones.

Eventually, Polly moved to Little Rock, Arkansas where she lived with her aunt and uncle. She started going to Indian Hills Church for many years where she soon met her husband, Danny. Polly and Danny lived together with Polly’s daughter, Kayla. Polly also adopted Danny’s daughter, Amanda, as her own and considered Amanda’s four children her grandchildren.

Polly worked as a CNA for Hospice and Aids of Arkansas for numerous years. She was often recognized for her achievements. Polly loved anything to do with art, especially clay and mixed media art. She enjoyed listening to music and going to rock concerts and festivals. She had a passion for painting and baking, and she always enjoyed talking to and getting to know others.

Polly is preceded in death by her parents Paul Duboise and Zora Jones; sons Ian Hull and Nathan Hull; and sister Shirley Tacker.

Visitation will be held on Wednesday, July 20, 2022 at 1:00pm with Funeral Service to follow at 2:00pm at A Natural State Funeral Service; 2620 West Main Street, Jacksonville, Arkansas. Burial will take place at CATO Church Cemetery after the service.