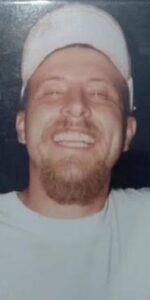 James Allen Langer, Uncle Al or Allen to everyone, went to be with our Lord and Savior on Friday August 5th, 2022.

Allen was a wild card, the life of the party and loved by everyone who knew him. There was never a dull moment with him around.

Allen is preceded in death by his father, mother, both maternal and paternal grandparents, several aunts and uncles and niece Angela Marie Kendall.

Allen is survived by his only son, Zachariah Daniel Langer and his mother Rebecca of Clinton, AR. Aunt, Retha Allen Davis, of Benton, AR. Uncle, Albert Langer (Lela) of Romance, AR. Sister, Mary Kendall, of McRae, AR. Brother, James “Jimmy” Kendall (Lanora), of Hamilton, MI. Nephews Aaron Kendall, Jeremy Kendall, Greg Wells & AJ Rios. Nieces Elissa Kendall, Christina Milam, Amanda Rios, Miranda Rios & Murphy Kendall. Special cousins, Charles Wayne Fuller & Annie Burke who were more like siblings to him. A special Ex-Brother-in-Law, Edward Milam, who was more like a brother to him. He is also survived by a host of family and friends whom he loved dearly and loved him as well.

A family-hosted memorial service will be announced at a later time.