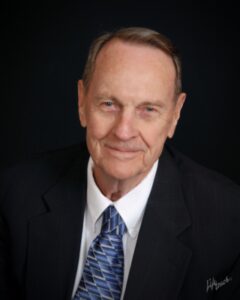 John P. Hodkin Sr, 86, of North Little Rock gained his wings August 24, 2022 at home with his family. He was born in Sherwood, Arkansas on December 7, 1935 to William and Grace Hodkin.

He married Vela Hodkin June 28, 1958. They were married 64 years when he passed. He served in the Navy eight years on the USS Gwin DM33. He worked at Southwestern Bell for 35 years.

He leaves behind his wife Vela Hodkin; one son John Hodkin Jr (Tammy); two granddaughters Brandy Hodkin and Krysti (Rashad); four great-grandkids Alyssa, Bailey, Rylan, and William; one sister Inez Small; a host of nieces and nephews; and of course, we have to mention Tig, his beloved cat.

He is preceded in death by his parents William and Grace Hodkin; one son William Hodkin; three sisters Kawana Sprouse, Joanna Baxter, and Mildred Fuller; one brother Morgan Hodkin; and Tig.