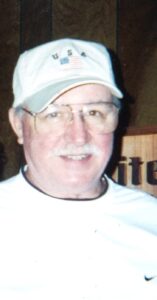 He was preceded in death by his parents; his stepmother Lid; and his stepdaughter Terri Oaks.

He leaves behind his wife of 39 years (40 years this coming New Year’s Eve) Kathy Wolf.

Roger was a loving husband, father, and friend. He retired after an enjoyable 35-year career with Union Pacific Railroad. Roger loved gardening and being outdoors. He also had a natural gift for art and creativity to make anything. A crafty man that took pride in his work.

Memorial Service will be held on Saturday, September 10, 2022 at 2:00pm at A Natural State Funeral Service.