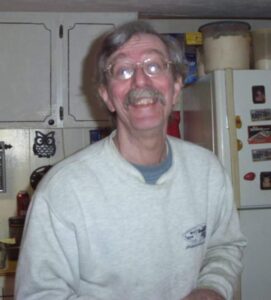 Charles Mintzer, age 71, of White Hall, Arkansas, died Saturday evening September 17, 2022 at Jefferson Regional Medical Center in Pine Bluff, Arkansas, after an extended illness. He was born July 9, 1951 in Warren PA. Charles was the son of the late James and Marjorie Mintzer.

He grew up in Warren and was a 1969 graduate of Warren Area High School, He spent sometime in Air Force, He was employed at former National Forge, He then moved to Kennedy NY., where he worked at Bush industries, until he moved to AR., where he worked at Walmart in Hope AR., as a hard line team associate.

Besides his parents he is preceded in death by his wife of 20 years Glenda Mintzer, his sister Pamela Mintzer, and Brother Thomas Mintzer.

No calling hours will be observed.