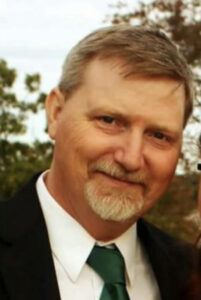 He worked for Capital Equipment, and River Valley Equipment for over twenty years as a parts technician and did landscaping as a supplemental income.

He enjoyed landscaping because it gave him peace of mind. He was the kind of person who would give you his shirt off his back if you asked. He loved his family and friends. His children were his heart and fishing with his stepdad was his favorite recreational past time.

There will be a private celebration of life, with the place and date to be determined.