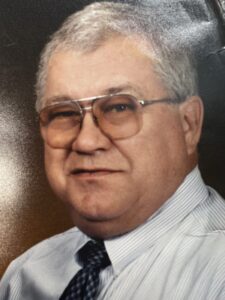 James William Harrison, 79, of Romance, Arkansas went to be with the Lord on Tuesday, September 20, 2022. He was born in Little Rock, Arkansas on October 10, 1942 to James Edgar Harrison and Wilma Fern Lancaster Harrison.

James is preceded in death by his grandparents, parents, uncles and aunts, several cousins and friends.

James was a member of the Brotherhood of Locomotive Engineers.

Visitation will be held on Saturday, September 24, 2022 at 10:00am with Memorial Service to follow at 11:00am at First Assembly of God in North Little Rock, Arkansas with Pastor Tyler Loy officiating.