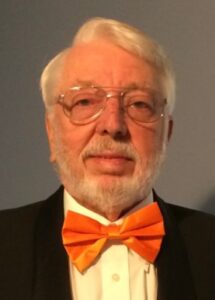 JOHN C. “JACK” CHANDLER, JR, (85) of Cabot, Arkansas, was born March 21, 1937, to John and Cleo Chandler in Hardeman County, Tennessee. He died September 5, 2022. He joined the Naval Reserve in 1954 while still in high school. After completing high school in Jackson, TN, he completed his training and then served his tour of active duty. He was a second-class yeoman, having served on the USS Saratoga and the USS Forrestal.

Jack was retired from the Allied Chemical Corporation and the Arkansas Workers’ Compensation Health and Safety Division. He served as a deacon at First Baptist, Helena, AR, and Second Baptist, Jacksonville, AR. He was an active member of Mount Carmel Baptist Church in Cabot. He was an organizer and charter member of the Arkansas Baptist Bikers Association (ABBA) and served for many years on the Southern Baptist Disaster Relief team.

A celebration of his life will be held Saturday, September 10, at Mount Carmel Baptist Church, Cabot, AR, with visitation at 9:00 and service at 10:00.

In lieu of flowers, memorials may be made to Arkansas Baptist Disaster Relief, 10 Remington Dr., Little Rock, AR 72204.