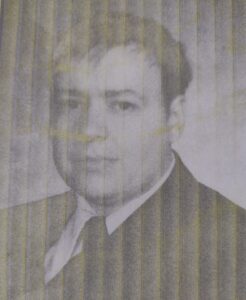 William proudly served in the United States Navy from August 1970 to August 1976 as a Cryptologic Technician Administration, E-5 and later worked in manufacturing at Reynolds Metals Company in Malvern. He was an avid golfer, loved deer hunting, The Three Stooges and John Wayne.

William is preceded in death by his parents, brothers; Jimmy Yarbero and Jewell Rickman and niece Karen Butler.

William is survived by his brother James (Pam) Yarbero of Mountain Pine, Arkansas; sister Ellen (John) Busch of Malvern, Arkansas and a host of nieces, nephews and many extended family members that loved him very much.

A Family hosted memorial services will be held at a later date.

Cremation arrangements are under the trusted direction of A Natural State Funeral Service, 2620 West Main Street, Jacksonville, Arkansas, 72076. 501-982-3400. His online guestbook is available at www.anaturalstatefuneralservice.com