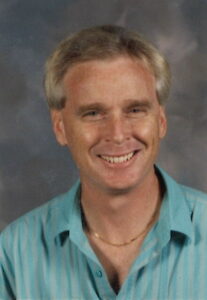 Gail is preceded in death by his parents Chester Malvern Russell and Mary Oneta Blasingame.

Gail was a lifelong member of the Church of Christ. He led singing at many local churches of Christ since he was 13 and conducted many singing workshops throughout Arkansas. Gail officiated High School Basketball for 52 years including 20 years of College Basketball. He worked in the Sun Belt Conference USA, Gulf South, SCAC, and AIC. He also officiated High School Football and Fast Pitch Softball. He officiated many districts, regional and state tournaments including numerous finals.

He was a band director for 38 years including Hazen, Hampton, Pulaski Oak Grove, Sylvan Hills, and CAC. He was a charter member of the North Little Rock Community Band. He was Sports Director at the North Side YMCA for 5 years. He was an All-Star Outfielder in Senior Softball which he played until he was 75.

Visitation will be held on Tuesday, October 25, 2022, at 12:30pm with Funeral Service to follow at 1:30pm at Sylvan Hills Church of Christ. Entombment to follow at 3:00pm at Rest Hills Cemetery in Sherwood, Arkansas.

In lieu of flowers, memorials can be made to the Church of Christ Children’s Homes.