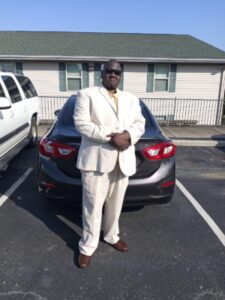 Earl is preceded in death by his parents Earl Scott Sr and Rebecca Smith.

Earl was a long-time and faithful member of the Liberty Hill Missionary Baptist Church. He was also involved in the SNAP Ministry where he was in charge of the transportation of the seniors in the congregation.