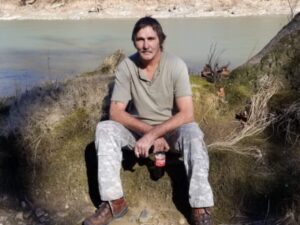 Everette Eugene Anderson, 57, of Mount Ida, Arkansas passed away on October 10, 2022. He was born in South Dakota on October 30, 1964, to the late Nolin Anderson and Essie Manley-Anderson.

He is preceded in death by his parents; his brother Nolan Anderson; his sisters Lena Banks and Rosa Johnson; and a nephew Brian Hurst.

He is survived by his grandchildren Nolan Anderson and Kyndall Anderson; 1 sister, and several nieces and Nephews; extended family and many friends.

Everette loved motorcycles, working on cars, and being outside. He was always looking for ways to help other people any way he could. He will be missed by all that knew him.