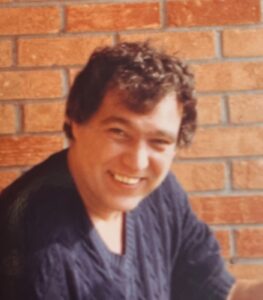 George William “Bill” Dickey passed away on October 18, 2022 in Hot Springs, AR. Bill was born June 29, 1942 in Chicago, IL where his father was playing for the Chicago White Sox.

Bill attended Hall High School where he was a star athlete, Taft Preparatory School in Watertown, CN and Princeton University where he also played football. After college, he worked for IBM in New York designing software later returning to Little Rock where he worked at Systematics. Bill was a brilliant man who in his later years was in inventor and a writer.

Bill is preceded in death by his father George “Skeets” Dickey, his mother Mildred Neal Dickey, and his sister Mary Allan Dickey Bain. He is survived by his sister Joye Dickey Cook (Mack) of Hot Springs and many nieces and nephews. Bill was a brilliant man who had many dreams and was loved by his family.