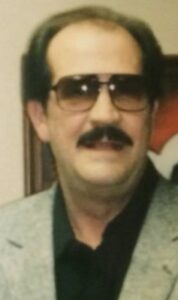 Gordon Lee Sullivan, age 81, of Sherwood, Arkansas went to be with the Lord on October 11, 2022. He was born in Kosciusko, Mississippi on September 29, 1941 to Archie Lee Sullivan and Opal Jennings.

Gordon was a Korean War Veteran and a recipient of the Purple Heart.

Written by his granddaughter, Madalyn… “My grandfather was the most welcoming person that I have ever known. He would accept anyone he was introduced to with open arms and a firm handshake. He loved meeting new faces; He would strike a conversation with strangers while out in public, just to chat about their day or to pay them a compliment. He was the most genuine person. He was always so caring and thoughtful of everyone. He was the type of man to give the shirt off of his back to someone if they were in need. He was very intelligent; filled with an infinite wisdom. He always had the most positive mindset, and gave the greatest advice. He was always someone you could talk to without fear or judgement. He was the bravest man I have ever had the pleasure of knowing. He was the best Grandfather anyone could ever ask for. He was and always will be my rock. I aspire to live more like him on the daily. My love for him will always run deeper than the tree roots in the ground.”

“Dad, your life was a blessing. Your memory is a treasure. You are loved beyond words and missed beyond measure!”

A family-hosted celebration of life will be held on November 5, 2022 from 5:00-7:00pm at US Pizza in North Little Rock; 4001 McCain Park Drive, North Little Rock, Arkansas. Drop-in anytime.