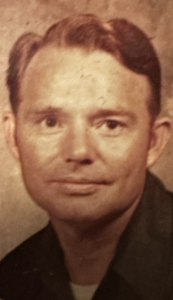 James Norman McDaniel, age 91, of Little Rock, Arkansas went to be with the Lord on October 19, 2022. He was born in Rolla, Arkansas to the late William McDaniel and Imogene Neeper.

James served 23 years in the United States Air Force. After retiring from the Air Force, he worked with Golf Cars of Arkansas. James loved working the yard and especially loved spending time with his family.

Visitation will be held on Thursday, October 27, 2022 at 12:00pm with Funeral Service to follow at 1:00pm at A Natural State Funeral Service; 2620 West Main Street, Jacksonville, Arkansas. Burial to at Lono Cemetery in Lono, Arkansas. Military Honors by the United States Air Force.