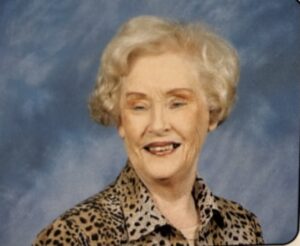 Mary Louise Huckeby, age 84, of North Little Rock, passed away on Tuesday, October 11, 2022. She was born in Augusta, Arkansas on November 12, 1937 to the late Marion R. Huckeby and Dorothy Pennock Huckeby.

Mary graduated from Midway High School near Cabot, AR. She attended college at ASU Beebe. She was a licensed Social Worker at Pinedale Nursing & Rehab in Newport, AR for many years. She was an active member of the Newport Business and Professional Women’s Organization; she enjoyed traveling worldwide, and was an avid sports fan. She was a member of the Barnabas Sunday School class and 55 & Alive at First Baptist Church in Sherwood, AR.

A memorial service will be at First Baptist Church of Sherwood on Saturday, October 22, 2022 at 11:00 a.m. Visitation will begin at 10:30 a.m. at the church prior to the memorial service.