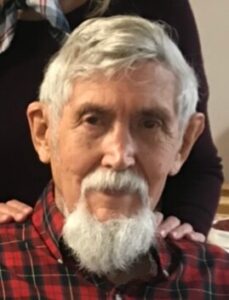 In his early life, Ralph served in the United States Navy during the Korean War, sailing on the U.S.S. Brinkley Bass.  After returning from the War, he married the love of his life, Alpha Jean Vocque, in 1953 where the two began a joyous, adventure-filled marriage of 67 years.  He began his career as a union sheet metal worker, traveling to many states for work until he finally settled in Jacksonville in 1957, joining his father in business at Jacksonville Sheet Metal. After his father’s retirement, Ralph took over his family’s business where he worked until his retirement in 1992 where he passed the business on to his son.

Throughout his life, Ralph was passionate about the things he loved most. Above all, Ralph was a dedicated servant of the Lord.  He read his Bible daily, studying the depths of the Word.  He served the Lord with his entire being and was dedicated to teaching others about Christ. His passion for the Lord and scripture was closely followed by his love for his family. Further, he enjoyed trot lining for catfish, which provided him with the fare for his world-class fish fry’s, each a major family event.  He also enjoyed baking biscuits, listening to bluegrass music, and working in his garden, which was large enough to supply his huge family with beautiful vegetables every year.

His visitation will be Wednesday, November 2, 2022 at 1:00 PM at A Natural State Funeral Service, 2620 West Main Street, Jacksonville, Arkansas with his funeral service beginning at 2:00 PM.  Burial will be at Pinecrest Memorial Park, 7401 Highway 5 North, Alexander, Arkansas immediately following the service.

To view a tribute slideshow of Ralph, please follow the link provided below.