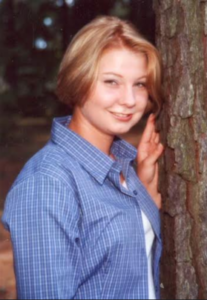 Terri Jane McClenning, age 40, of Perryville, Arkansas passed away October 12, 2022. She was born in Camden, Arkansas on January 3, 1982, to her parents Theodore Eugene “Ted” McClenning Jr and Donna Ligon.

She is survived by her beloved daughter, Kaylie Grace Christy of Dardanelle, Arkansas; her father Ted McClenning and step-mother Lin Hunter McClenning of Perryville; her mother Donna Ligon Todd and step-father Jimmy Todd of Searcy, Arkansas; her sister Ashley (Matt) Briscoe of Portland, Oregon and her brother Christopher Todd of Marysville, Ohio. Also surviving are her grandparents Terry and Jeanette McClenning of Perryville, her grandmother Lavine (Terry) Watson of Searcy, Arkansas and her Granddaddy Woody Ligon of Camden, Arkansas.

She was preceded in death by her step-grandmother Bennie Ligon.

A nature girl, Terri enjoyed riding her 4-wheeler and helping around the family farm. She wrote beautiful verse and poetry. Most of all she loved her daughter, her father, and her mother. She cherished the memory of her great-grandparents, Carl and Caroline McClenning, and is now in their arms rejoicing and praising her Heavenly Father.

Funeral service will be held at Perryville First Baptist Church in Perryville, Arkansas at 2:00 p.m. on Saturday, October 22, 2022. Visitation will be held in the church Fellowship Hall at 1:00 pm.