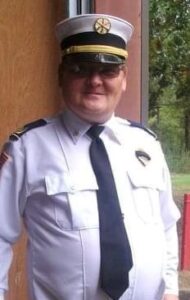 On Saturday, October 22, William “Eddie” Clements gained his heavenly wings with his daughter and family by his side. He was born on September 11, 1956 in Black Rock, Arkansas.

Eddie was a son, brother, husband, father, Papaw, but most of all a loving and supportive friend to everyone he met.

Eddie had a long and wonderful career doing multiple things. In 2019, he retired from Coca-Cola after working there 25 plus years. He retired from the Army National Guard. He was also assistant chief in the fire service for over 25 years as well. He was a member of Motorcycle Ministry Highway Hedges.

Eddie is preceded in death by his loving wife Rosemary Clements of 34 and a half years; parents Lucy Clements, Glady and Ronald Lebow; in laws James Robertson and Kathy Robertson; son; siblings Jimmy Clements, Diane Clements, and Lucy Ann Clements; 3 nieces; and 1 nephew.