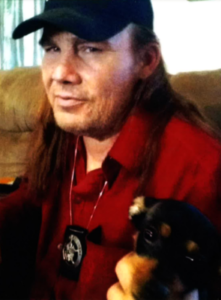 William M. Adams Sr, of Beebe, Arkansas went to be with the Lord on Monday, October 3, 2022. He was born in Torrance, California on March 8, 1962 to Buford Ira “Buff” Adams and Dorothy Nadine Fridell Adams.

William is preceded in death by his parents Buff Adams and Dorothy Fridell Adams and brother Terry Adams Fridell.

William was a loving, caring father who never gave up on what he believed in. He put his family first. He enjoyed painting, flying his drones, and working with quantum mechanics science materials. William was a member of the Christian Motorcycle Association in Waynesboro, Mississippi.

Memorial Service will be held on Thursday, October 27, 2022 at 3:00pm at A Natural State Funeral Service.