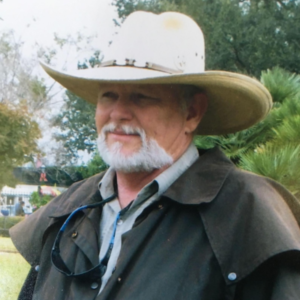 Pat was born in Greenville, MS on June 23, 1950 to Argus Patterson (Pat) Williams, Sr. and Emily Ruth Brown Williams. He was a 1969 graduate of Greenville High School where he played and lettered with the Hornets football team. He went on to Mississippi Delta Junior College where he played for the Trojans on a football scholarship then transferred to Delta State College where he was majoring in physical education. Pat was a proud Eagle Scout having earned the rank while a member of Troop 50.

Pat began his life-long career centered around the Mississippi River right after high school when he went to work as a deckhand with Weather’s Towing in Greenville, MS., where he was employed during the summer throughout college. He eventually obtained his towboat pilot’s license. He later moved to Memphis and worked at the Economy Boat Store stocking boats and transporting crew members. A move to St. Louis continued his river career with Marine Loss Control and Wisconsin Barge Line. He eventually began working as a legal marine investigator with Thompson Coburn LLC. He later relocated to Lonoke, AR and continued his work as an independent investigator for the towing industry. He never really retired.

From an early age Pat enjoyed hunting, especially deer, elk, mule deer and duck. As an adult, he accompanied his father and family friends on elk hunting trips to Montana. He continued to duck hunt all his life with his boys and enjoyed hunting, not only in favorite duck holes around the Delta, but in the Mississippi River as well. During the past few years, he joined his cousins for duck hunting trips to Nebraska.

Pat loved spending time with his family, camping, NASCAR, making several trips to Talladega to see the races in person, his dogs and his white cowboy hat. He never left home without it.

He was a member of First United Methodist Church in Greenville, MS.

Pat’s body has been donated to the Genesis Foundation for cancer research.

In lieu of flowers the family is requesting donations to Ways to Give – Pancreatic Cancer Action Network (pancan.org).